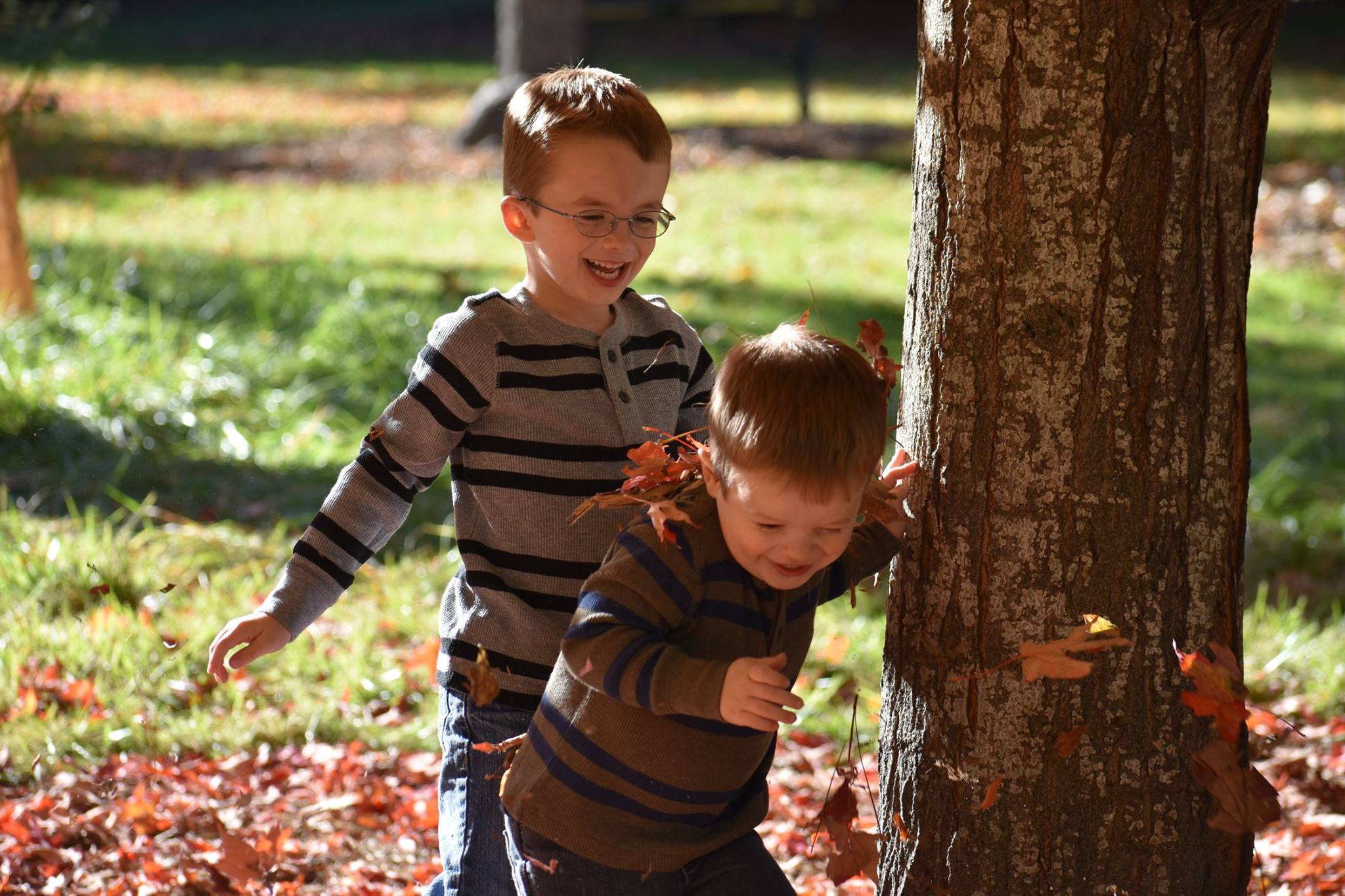 This past weekend, I took a ridiculous amount of pictures trying to get that “perfect” shot of my boys. I thought I would save a few bucks (and maybe avoid a few extra gray hairs) by avoiding the crazy pre-holiday rush at the portrait studio. I had recently upped my game with a new camera, and I was eager to get in some practice. But let’s keep it real—I know next to nothing about photography. Yet, that small detail didn’t stop me from assuming that I could get the job done. Clearly, my ego was larger than my skill set!

Mostly, this is what I managed to capture:

After a billion and one pictures, I still had not managed to get the one I was after—the photo of both of them smiling naturally at the camera, arms lovingly draped around each other; the fall colors a dazzling display in the background. (a.k.a. the one worthy of sending out with the Christmas card). But I just knew that if I kept clicking away, eventually the magic would happen. Guess what? The magic never happened. I left that photo session feeling slightly defeated, and in dire need of a basic photography class.

Later that evening, while I was sifting through the pictures (and deleting quite a few, mind you), I came across one that made me pause. My eyes rested upon it for awhile. The lighting wasn’t great. It seemed slightly blurry. It definitely was NOT the perfect image I had set out to capture. Except, it kind of was. The picture captured the boys being silly and having fun. Enjoying that moment, that space, and each other. What could be more perfect than that?